If you've been removed, it was probably due to inactivity.

For me, this is also the best way (a metaphor) to explain faith.

coyoty at Colorblind People See Certain Colors For The First Time Ever, Are Visibly Moved

Colorblind People See Certain Colors For The First Time Ever, Are Visibly Moved

I tried to resist, but it was futile. I had to have a pic.

Fortunately, the furry "driver" of the vehicle was prone to posing.

Check out the eyelashes. I mean on the car, of course!

I ask you, does it get much girlier? 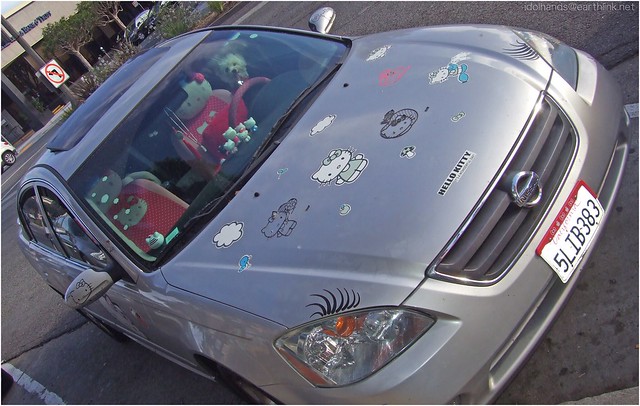 Passed this house on a walk, naturally had to take pics.

Of course the "hands" are my favorite part of the whole design.

It's obvious they have a lot of fun with this, very inspirational.


Did you guys decorate for Halloween? Get any trick-or-treaters? 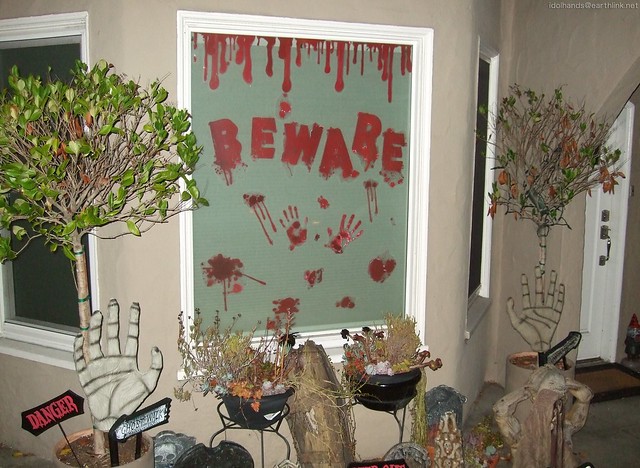 Admittedly a humble image: The innocent moment struck me at a recent art show about the neglected and shifting Bayview District, where there was a kind of sharing of culture, harmony, or through the eyes of another...perhaps a clash, but at its heart the image is simply a little girl with her Disney princess doll.

Make of it what thou wilt. 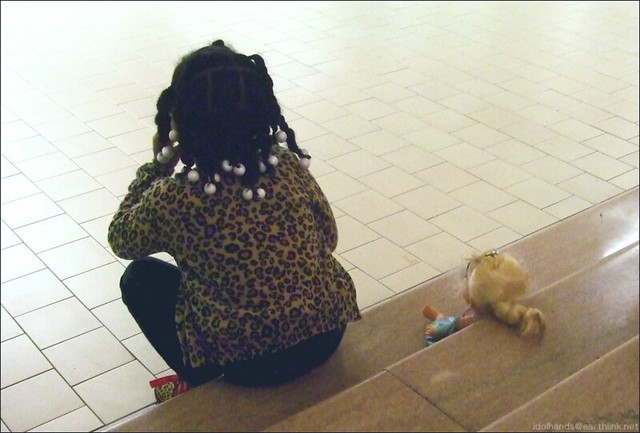 FINALIST in "Photo of the week contest" - VOTE HERE! 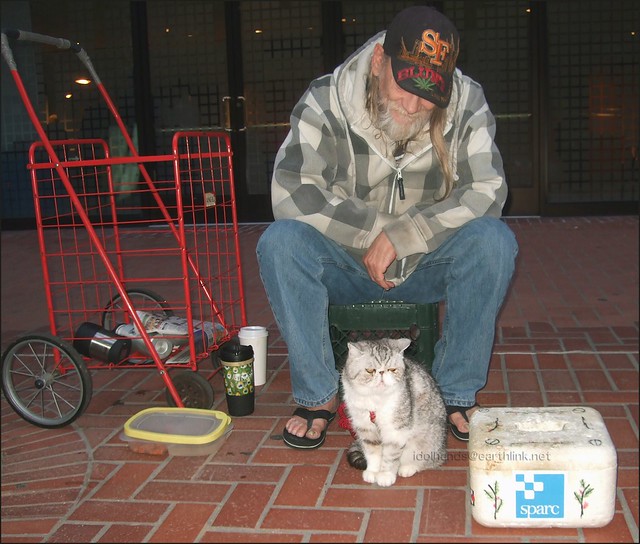 Here's hoping more of my "tip" went toward cat necessities than dope! lol.
* click to enlarge *

Satan: BOW BEFORE THE LORD OF ALL EVIL!

Human: Dude, you live in your dad's basement.

Because sometimes you'll be downtown huffing and puffing,
going about your business... 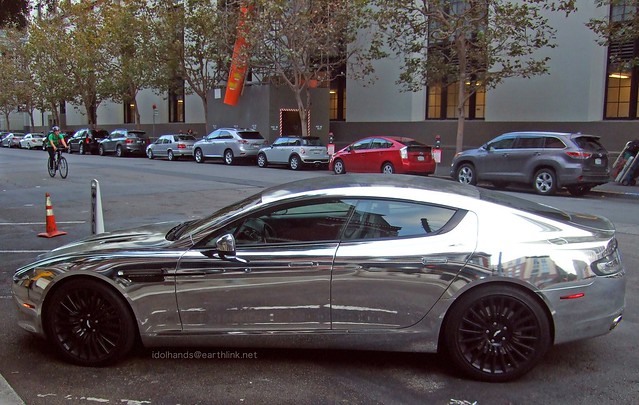 Doesn't it look like it should be transforming into a robot at any moment?!

This is just a small sampling of flowers in Golden Gate Park. The Dahlia is a most curious flower and is in fact the official flower of San Francisco (since 1926). It originated in the cool mountaintops of Mexico & Guatemala, making its way around Europe, where there are still devout breeders, but some of the very best and brightest bloom only in the land of summer fog.

You'll notice they are frequently quite "fluffy" in shape, even round as a golf ball, due to a unique curl of the petals. Some of those hollow cones serve as "hotels" to fuzzy bumblebees when the evening cold hits them too suddenly to make it back to their hives. If you weren't aware, this round & seemingly un-airworthy insect has a scientifically perplexing manner of flight, one that is partly dependent on warmth (or varying air current) to work; the Dahlia flower handily assures the bees aren't stranded and don't freeze in the night. By the light of dawn they will be able to safely return. Bumbles, and their cousin the honeybee, are essential pollinators -- invaluable to the park as well as entire ecosystems.

Dahlias are from the Asteraceae family, a group that includes sunflowers, asters, and daisies; the latin name meaning "star" = the shape of a blossom; you will indeed see one variety here that has this same shape. They symbolize hope and everlasting union, therefore they can be presented to couples at engagement or wedding parties, and are the suggested gift for a 14th anniversary. Careful though, movies like Black Dahlia add entirely new connotations, perhaps take a tip from the genteel Victorians and attach a poem to ensure the meaning intended.

See the selection of images below the cut, or click here for an entire gallery of Golden Gate Park beauty. 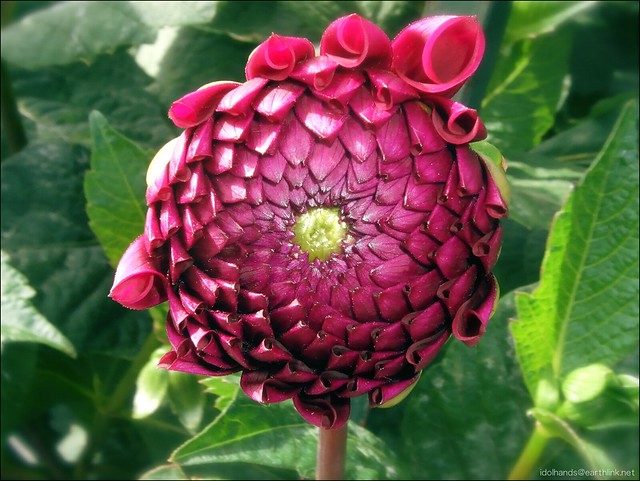 "The Geometry of Life"

YOU CAN VOTE HERE, if you like; dandelion macro is kicking our butts, but it's an honor to be nominated.